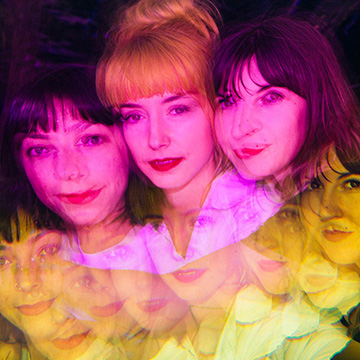 Formed in a Los Angeles garage in 2012, guitarist Jessica Owen, bassist Beth B and drummer Katie Fern have been creating melodic, hook-driven songs with layered vocal harmonies ever since. Inspired by the likes of The GoGo's and The Primitives, the power-pop trio combine just the right amount of jangle, reverb and driving rhythm to dispense three-minute sweet tarts that are sure to get stuck in your head. Their debut LP 'Never Enough' was released in April 2016 on San Diego's Volar Records to much acclaim. Their follow up EP, 'Tv Girls' is set for release in December 2017 and not to be missed.