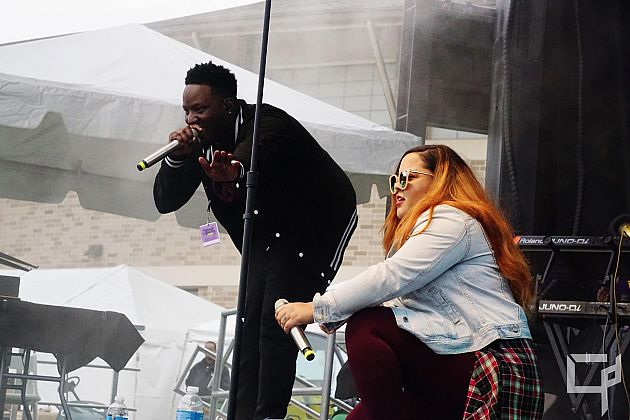 Minneapolis and Saint Paul, Minnesota - also known as the Twin Cities, has its own unique sound board of music. The diverse tone of the TC sets itself apart from any other Midwestern city. From Funk, to Soul to Hip Hop, the Land of 10,000 Lakes has birthed many incredible talents including Prince, The Time, Mint Condition; to Jimmy Jam and Terry Lewis. It must be something in the water….

Insert Envy and Fancy, the Hip Hop and R&B duo known as iLLism. The pair stand to one day be among the most influential artists to come from the North Star state alongside their predecessors who left incredible legacies before them. The husband and wife duo are setting their own precedence when it comes to their sound, "Our Music. Our Rules."

The pair has already captured nods from the house of Paisley Park (Prince’s famous royal domain) after having competed in the “Musicology Battle of the Bands” competition and placing in the top three out of the 150 bands who entered. Donna Grantis and guitar player of Prince’s assembled band 3rd Eye Girl, later applauded them on their incredible performance and “Killer arrangements.”

In the studio, iLLism demonstrates an incredible amount of talent. Their current discography includes two EPs (Definition of iLL A side and B Side), their debut full length album, “Love and Loyalty,” and their long awaited sophomore album “iLLuminate.” The duo describes iLLuminate as being a reflection of their personal and musical journeys. With songs like, Who You Lovin, Life, Bet and MNsota Nice the duo evoke passion and emotions that listeners all over the globe can connect with.

iLLism’s sound has always been musically robust. With the help of their live band as well as awarded producers, iLLuminate not only captures the Minneapolis sound made famous by Prince, they push it forward by adding their own originality. “This album is us in full music form. It’s our blood, sweat, tears and heartbeats. That’s how special it is,” the duo says. “It’s therapeutic. It’s a release. It’s a celebration. It’s everything hip-hop is supposed to be. We may be biased but we listen to it everyday.”