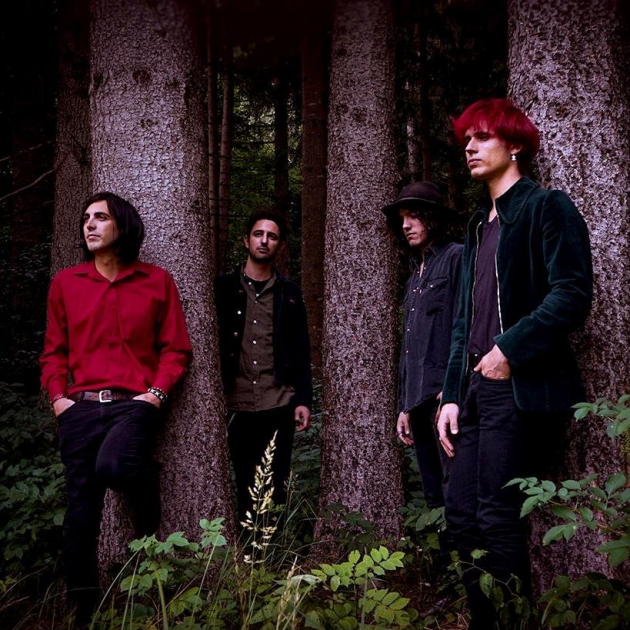 New Candys formed in Venice, Italy in 2008 with Fernando Nuti on vocals, guitar and sitar, Diego Menegaldo on guitar and vocals, Stefano Bidoggia on bass and Dario Lucchesi on drums. The band has been influenced by 60's Psychedelic Rock, especially The Velvet Underground and Syd Barrett, as well as contemporary artists like Brian Jonestown Massacre, Black Rebel Motorcycle Club (BRMC), Black Angels, etc. In August 2010 they released their first self-produced/self-titled EP and in 2012 their debut album ‘Stars Reach The Abyss’ on Foolica, a UK tour followed that year. In early 2015 the song “Meltdown Corp.” was featured in ‘The Reverb Conspiracy 3’ compilation that every year brings together the best emerging bands of the underground psych scene from all over Europe, out on Fuzz Club and Reverberation Appreciation Society (Austin Psych Fest/Levitation). In March 2015 they released a second album ‘New Candys As Medicine’ on Picture In My Ear and Fuzz Club. The album was mixed by John Wills, producer and drummer of Loop. The album has received praises from Simone Marie Butler of Primal Scream and Stephen Lawrie of The Telescopes. A European/UK tour followed, including a show at the sold out Secret Garden Party festival in UK together with Temples, Toy, Jungle, etc. They’ve also shared the stage with Crystal Stilts, Slowdive, Dead Skeletons, Jon Spencer Blues Explosion, The KVB. They will tour Europe/UK again in 2016.