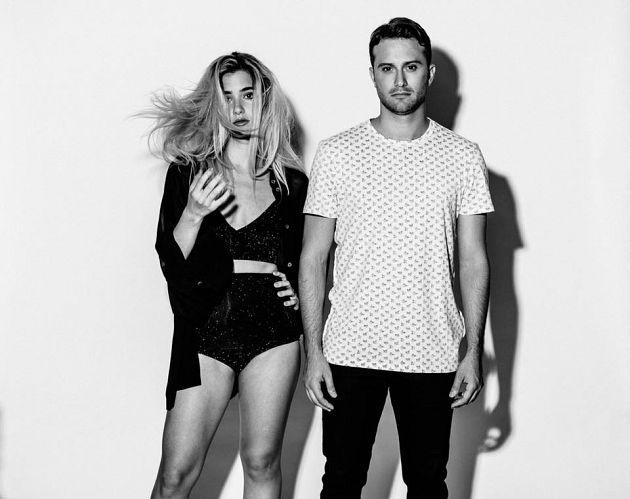 “When we write songs, we start with our own experience and dig to find a unique angle to capture and communicate relatable human emotions and situations. Whether it’s about identity, relationships, fucking, whatever, we try to be vivid and specific about the universal and timeless.  We want to do more than just tell you about our love, pain, desire etc… we want to pull you right into the middle of it.”   -Danielle Harris of Slow Sugar on their forthcoming EP.

Bursting onto the scene in March of 2015, Slow Sugar has been rapidly proving their worth among the seemingly endless supply of NYC hopefuls clawing for their chance at stardom. Armed with a mix of pop and indie sensibilities, their carefully crafted alternative pop sound is not only immediately infectious, but also intricate and deep.  After only a year on the scene, its clear Slow Sugar is a force to be reckoned with in the New York pop game.

A chance meeting in a student jazz combo at the University of Pennsylvania (and a shared self-proclaimed “misfit” mentality) brought together the sultry vocal stylings of lead singer Danielle Harris and songwriting chops of guitarist and vocalist Alex Utay in 2012. While Harris completed her degree in art history and Utay went the clock-punching route with a marketing position at Pepsi, the duo kept in touch. Upon Harris’ graduation in 2014, which ironically coincided with Utay putting in his two weeks notice at Pepsi, they began collaborating on a regular basis for the remainder of the year, churning out songs that would make even the most jaded industry veteran sit up and take notice. With a growing catalog of songs and years of pent up enthusiasm, Slow Sugar was finally ready to take NYC by storm.

Their live debut came at the end of March 2015 with a packed show Bowery Electric, and it has been nothing if not explosive since then. Slow Sugar went on to spend the rest of the year playing and selling out some of the city’s most renowned clubs and festivals, such as Communion’s NYC showcase at Rockwood Music Hall, Mercury Lounge, CMJ at the Bitter End, and a huge show at Highline Ballroom in December 2015.

Riding the wave of this momentum, the duo headed into the studio during the winter of 2015/2016 to record their highly anticipated debut EP with up-and-coming producer Jon Buscema. Harris and Utay have come a long way from their days of text books and college bands, and judging from their captivating live show and killer upcoming EP, it’s quite clear: Pop has never tasted so good.