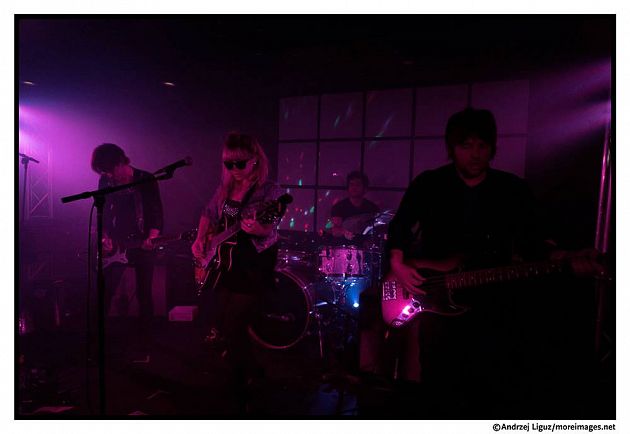 Los Angeles dream pop duo Chris & Dexy Valentine of Magic Wands are back with their highly anticipated second album Jupiter out on Cleopatra Records Feb 26th 2016. You may know them from their infectious single Black Magic from their debut album Aloha Moon featuring Space which was praised by Spin magazine as “a sexy and propulsive stunner” and earned the band opening slots for The Kills, The Horrors, The Breeders, The Jesus and Marychain, The Black Keys and more. The band returns with a bigger even dreamier sound with their most ambitious album to date, self-produced & featuring more cosmic layered guitar tracks, swirling pop vocals, and driving uptempo beats. The band expanded from an electronic duo and are now joined by new band members Tommy Alexander on bass & Keith Crutchfield on drums.

"Mixing elements of gothy postpunk and ethereal psych (with no shortage of hooks), their sound might best be described as "witchy." -BrooklynVegan

"['"Heartbeat"] is a five-minute dream pop tidal wave kept aloft by a snaking post-punk bassline, with vocalist Dexy Valentine coasting above it all with serene cool." - Under The Radar

"Featuring many first takes of drums, guitars, and bass, [Jupiter] marks a shift in Magic Wands' sound, but one that exemplifies the band's musical growth and confidence." - Interview

“Jupiter” album of the month - Postpunk.com