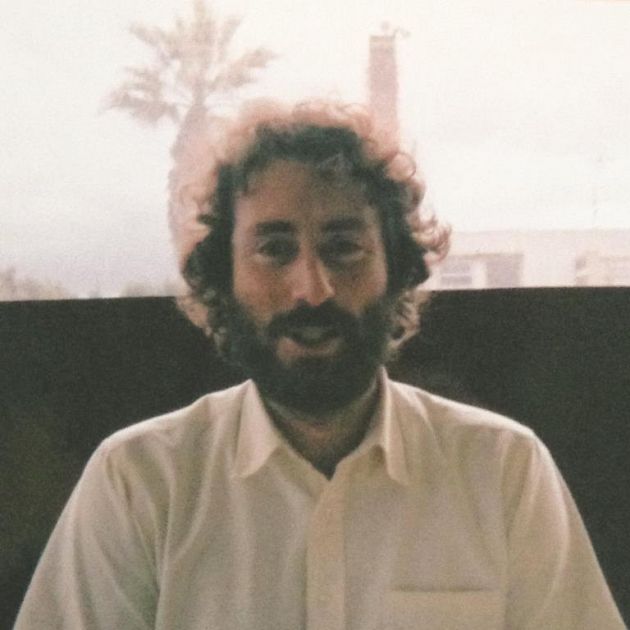 Alexi Glickman began performing and releasing music as Sandy's in 2012 after fronting the Botticellis and touring with Little Wings. In Summer of 2014 Thomas Campbell put out Sandy's debut record, Fourth Dementia, via Um Yeah Arts.

On his new EP, Prom, he wraps five melodic gems with layers of vintage tape echo and open ­tuned Stratocaster shimmer for a dreamy late­ summer slow dance. Alexi recalls, “my first memories of music were in these big echoey rooms watching my Dad and his dance company rehearse. I wanted to make an EP that had a presence like that.” Prom features album art by Nat Russell that depicts a lone guitarist playing for a seemingly vast, empty landscape— save for the multitude of glowing stars in the cosmos. It’s a lonely image but also a transcendent one­­ in the same spirit as the opening lines of Chris Bell’s I Am The Cosmos, “Every Night I tell myself I am the cosmos / I am the wind / But that don’t get you back again.”

Lyrically, Prom deals with a similar kind of social desolation— when friends drift away after school or turn their backs on their old friends as they pair off to get married. “Sometimes there’s an openness of spirit that begins to fade in people as they grow older— songs like "Consolidated Identity" are a kind of last dance with that person before they become someone else.” Recorded mostly live to a 1960s Scully 4-track in a house in the Sierra Foothills of Northern California, Prom centers around Alexi’s guitar— an on old Fender, open tuned, echoplexed—reverberating in the old wood panels of the forest dwelling turned recording studio.

Sandy’s band, made of Burton Li (the Botticellis), Nick Aives, (The Range of Light Wilderness, Vetiver), Dave Muller, and Jeremy Black (Apollo Sunshine), blend into one instrument— winding through rich harmonic passages like they were riding a wave.

“I decided to keep two tunes on the EP instrumentals to invite folks to listen to them in a different way. Vocals can sometimes steal the show—when there’s an intricate composition underneath you wonder if anyone notices. I have vocal versions that I’d like to put out someday but I thought opening with an instrumental on each side of the EP was a fun way to welcome folks into this little world.”