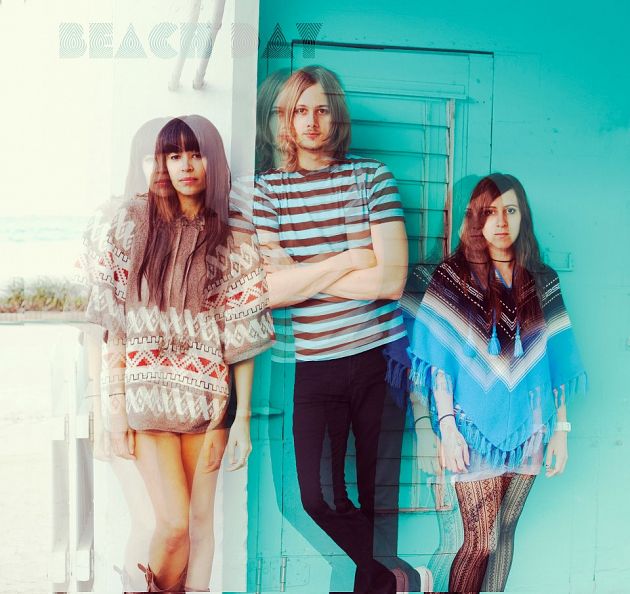 Hollywood, Florida is not your typical beach town. The buildings, diners, and of course the beach appear frozen in the 1950's. Probably a result of the town's population boom happening in that era, a current drive down the streets feels like your moving through an R. Crumb drawing. Things seem exaggerated and a bit odd. The now mature population seems a caricature of their former selves.

It is this strange place, lovingly dubbed Hollyweird, Florida, that the trio Beach Day calls home. Their sound is heavily influenced by their surroundings. They make new music, but it is definitely old at heart. And it's definitely sunny, but not without some murkiness.

Kimmy, Natalie and Skyler met at a local show and quickly bonded over their love of 60's Girl Groups, their dissatisfaction with their current musical endeavors and a common desire to be in a band that was purely about fun and making music without pretense.

Skyler was living in Asheville but missing the beach culture, so he moved back. Natalie was planning a move to the west coast but already had song ideas, so she decided to stay. The two moved into a house with Kimmy and all acquired jobs at the local Smoothie Shack. Somewhat of a big commitment for a band that just wants to have fun, but the first song they wrote together came easy. It is called Beach Day, and it is their first release out July 17th on Kanine Records (limited edition white vinyl 7" & digital download).

An embodiment of their surroundings and love of 60's girl groups, Beach Day sounds as you might expect. Think of a female fronted Beach Boys, throw in some The Shangri-La's, The Ventures, The Sonics, Phil Spector, The Ronettes, add in contemporaries Cults, Jacuzzi Boys, Dum Dum Girls and the Black Lips and you have a soundtrack for your perfect Beach Day.

"Singer Kimmy Drake has the true voice of a girl-group leading lady, something like a young, white Ronnie Spector raised on punk" Orlando Weekly