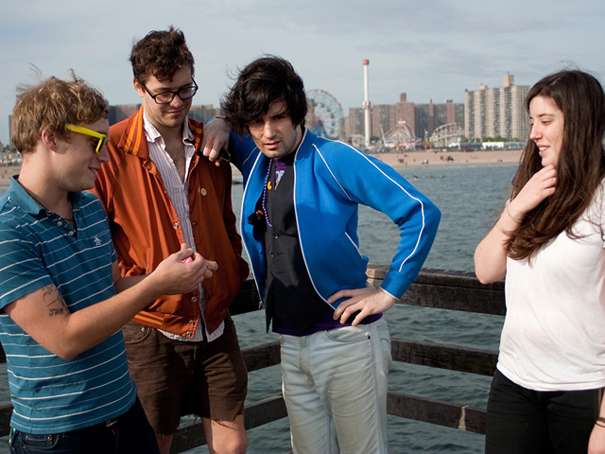 "The Carnivores' keyboardist, Caitlin Lang, is classically trained in piano, but on "If I'm Ancient" (Double Phantom), the group's appealingly messy second album, she sounds equally trained in punk barking. On the breatless "Parent's Attic," she's petulant, and on the riveting garage-rock number "Summer Shades," she's sweetly shrieking. Ms. Lang shares vocal duties with the guitarist Nathaniel Higgins, who sings drily, and the bassist Philip Frobos, whose bright tone anchors the band's songs, which have become more digressive and dirtier since it released it's first album, "All Night Dead U.S.A." (The band also includes the drummer Ross Politi.) That album had a tropical undercurrent in the mode of early Vampire Weekend or Abe Vigoda. It's here, too, on songs like "Cause She Never Stops," which could be the soundtrack for a chase scene on surfboards. "Georgia Power Company" has it, too, but also shows the band's development, drowning it beneath a woozy psychedelic haze." - The New York Times

"...this is as solid as playing it safe gets, and it doesn't actually play it all that safe-- who else in garage rock is doing this sort of breakdown?" - Pitchfork Media