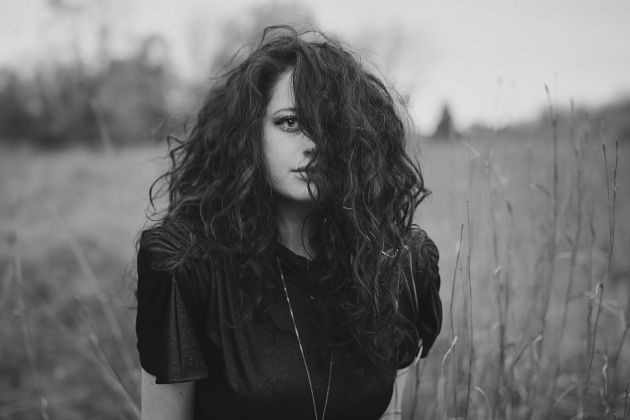 Following in the footsteps of mood-setters Phantogram and Beach House, tiny deaths is poised to be the next breakout act from Minneapolis, a city rich in talent (having birthed the likes of Polica and Gayngs in the past few years). Sounding simultaneously almost familiar and yet like nothing else, Grant Cutler (Lookbook, Wolflords) and Claire de Lune (The Chalice) have joined forces to create a fresh take on the dark, brooding electropop movement currently dominating indie rock.

After almost crossing paths time and time again, it was a chance meeting two years ago at a show Cutler’s band was playing in an underground art loft in Minneapolis’ warehouse district that began the symbiotic musical relationship that would become tiny deaths. “I stumbled upon the first song of their set and I was completely blown away,” de Lune recalls. “Grant’s style was just the kind of music I’ve been dying to make forever—I just didn’t know there was anyone in this city making it.”

A quick exchange of numbers turned into a series of meetings at Cutler’s home recording studio, which produced demos of the songs that would later become the first tiny deaths EP (a self-titled effort due out early summer ’14). Fast friends, both artists were taken aback at the ease at which they could create together. “I was comfortable with him instantly,” says de Lune. “As if we’d known each other for years. That enabled me to really push my creative boundaries, and as a result of that, it’s the best work of my career.”