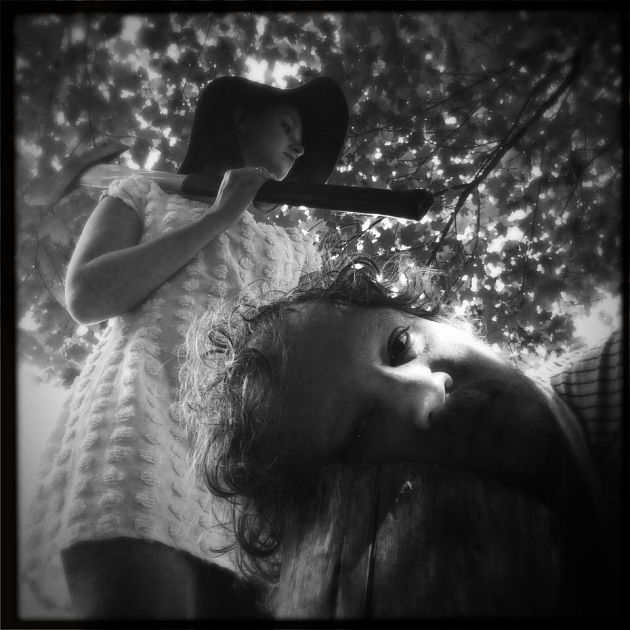 The music of Cotton Jones speaks of transition: the passage from one form, state of mind, style or place to another. Songs become doorways to the past, or windows that open on some unnamed future, where innocence can still exist and perfection is thrown to the wind.

The Glowstream is a place centered between North and South Cumberland. It's not really called the Glowstream – just a stream that rolls to a dead end by the train tracks downtown. A place to sit, undisturbed in the cool shade, and see the interstate bend around glowing steeples, as cars and trucks break their speed – it's beautiful – how the city materializes, an oasis, after driving many miles through the mountains along I-68 – to this private spot, where it's possible to witness all the paces change.

Michael Nau & Whitney McGraw skipped town months ago, leaving the old haunts in Cumberland behind... To sift through the old noise, they walked off the edge of their world... To sound the depths, the songwriters relocated, to Georgia, far south of the Glowstream.

"We spent a lot of time on the bank of that stream – alone, together, gathered like a flock of birds, examining the next move," said Nau. "Many of the tunes on this record feel like Cumberland to me. When I'm there, it's like a dream – all familiar sound and light, where the factories and birds sing the same song."

The duo settled fast after the move, halted their incessant touring and festival appearances, and began the process of selecting a new cycle of songs to follow their acclaimed Suicide Squeeze debut, "Paranoid Cocoon."

Cotton Jones, as always, rests in arms of Nau and McGraw. "Tall Hours in the Glowstream,'" is the title of their new album. Some of the songs that made the final cut were tracked in northern States, while the majority were recorded and mixed in Winterville, Georgia, as a revolving cast of players, thinkers, and singers were invited to hang in the band's living-room studio.

The resulting sounds are both rich and charmingly lo-fi, full of vivid imagery and more gorgeous vocal harmony. Hard-asking tracks like "Somehow To Keep It Going" and "More Songs For Margaret" prove the promise in this music, the feeling of something better to come if only you can hold tight a little longer...

"Always the mornings keep coming..." And what a beautiful thing that is...